The saying that, “the things we take for granted someone else is praying for…” was true last night with the 20+ homeless people Todd Hayes and I came across. It was a bit past 11pm Sunday, and most were turning in for the night. Each took basic food, hygiene and medical supplies; and all were thrilled about the bed bug spray that Elizabeth Blackwell put together. It’s worth noting that most only possess the clothes on their backs; and often times those are wet, moldy and tattered from wear, weather and rodents. When Todd asked what else might be of use; they relayed backpacks, rolling suitcases, eyeglasses and pairs of boots\shoes that would fit properly. One gentleman simply said that he wanted some crackers; but sadly we didn’t have any. It was heartbreaking to deny someone such a basic thing.

In addition to distributing items, we had some warm conversations regarding modest things and we also heard some thoughts on the hard truths of living on the streets. There is a delicate contrast between everyone’s cheery and modest disposition and an underlying sadness of their situation. No one takes more than they need; and sometimes the more impactful takeaway is purely the human interaction.

It’s interesting how I continue to cherish these fleeting relationships and I’m despondent when the night’s over. I drive away hoping that their night was a bit more restful, that they wake up a bit less hungry and their day starts a bit more optimistic. 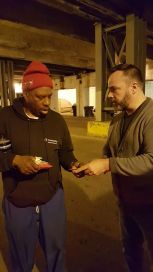 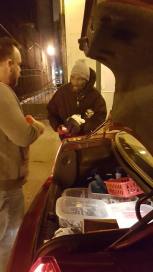 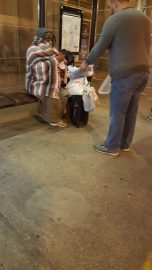 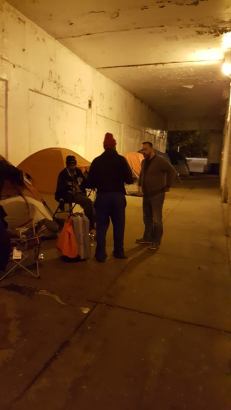 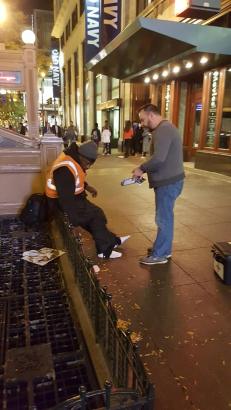